Animus in Anima is a metaphysical journey between mythology and sensory experience. The protagonist Ana-Maria, starting from retracing moments of her personal life, takes us along a path that is both personal and universal.
The book unfolds in a series of chapters in each of which there is a different companion of adventure, who becomes the main character of a carnal and, at the same time, metaphysical experience which will end with a reflection on the meaning of human existence.
In the book, love takes various forms, of which, however, the carnal one turns out to be in the end the true element that can lead to ecstasy and spiritual enrichment.

Cosmin Stefan Georgescu is an author of Romanian origins fascinated from an early age by writing. Although his parents were both school teachers, he decided to take another path and become a doctor, graduating in 1997 from Carol Davila University of Medicine in Bucharest. In 1996 he passed USMLE exam (USA). In 2001 he returned to work in his hometown where, in his spare time, he took care of organizing cultural and charitable events. Since 2015, he has been living and working in France.
He is a member of the Society of Physician Writers in Romania. He was awarded the Romanian “Sentimental Twilight” Prize in 2020 and the Critics’ Prize for his work Letters to God return to sender in 2021. 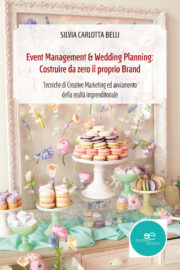