On Ermin’s rite of passage to become the leader of the foxes, he experiences a ghostly intervention from an unexpected source that saves his life. Ermin did not forget this experience but did not understand the reasons for it until strange things start happening in and around the Lofthouse copse, the place Ermin calls home.
Rats, known as longtails for some considerable time, have been plotting to take over Lofthouse copse, they had been breeding in vast numbers, savage hunters led by a vicious regime.
A previous failed attempt to take over a fishing village on the east coast of England proved that lessons needed to be learned and sure enough they learned well.
Ermin, as he watched closely to what was happening, discovered that there was a higher order of animals called biggars. These were the protectors of animals and the Lofthouse copse fields. He learned that the reason he was helped and his life saved was that he had been chosen as a biggar.
As the threat from the longtails increases, plans had to be made. The biggars united and rose to the challenge, but it became clear that their combined powers would not be enough and more help would be needed.
The biggars journeyed to Scotland to summon help from the mighty golden Eagle but to convince the Eagle to help all the biggars offered her a gift unique and special to each of them.
Familiar faces from Ermin’s past also joined the fight that became a full-blown battle for survival.

Andrew Teal was born and raised in Lofthouse Gate, a small mining village in West Yorkshire in England. The son of a joiner and one of seven children, he left school at eighteen years studying A levels. He has worked as a general assistant in the Wakefield branch of Tescos supermarket for two years, this gave him a glimpse into different human interaction and behaviours, recognising the individual gifts everyone possesses without exception often without any self-awareness.
This interest in behaviour led Andrew to a thirty years career as a registered nurse for people with learning difficulties specialising in the support of people whose behaviour was labelled as challenging. During his work, initially nursing and caring for people in a long stay hospital and then support of the same people who moved into their own homes. How people behaved and the special skills and abilities unique to people had remained a preoccupation with Andrew.
Family and the belief in the strength within his family have always driven Andrew in everything he does with the hope that his mother and father will feel proud of his achievements.
A junior school project on a pair of kestrels nesting near the school sowed a seed that is forever growing in Andrew a fascination and respect for the nature of birds particularly birds of prey.
Numerous visits to the highlands of Scotland to seek out the Golden Eagle followed as Andrew was drawn more and more to the outdoor world and the magnificence of nature.
The thought that every species of animal has its own set of unique skills, special gifts they alone possess, inspired Andrew to write his first book.
Shadowing his words Andrew draws upon his experiences of supporting people who have a will to succeed and overcome their own sometimes extreme challenges as well as the amazing exploits of the birds and other animals he has observed doing exactly the same is essence that is Feather, Brush and Longtail.
This is Andrew’s first work having been encouraged following well received poetry inspired by Rachael, Andrew’s wife of almost twenty years. Rachael remains a constant inspiration alongside two wonderful children Katie-Jayne and Harrison.
Andrew is working on a second adventure story which will involve many of the same characters in a very different situation. 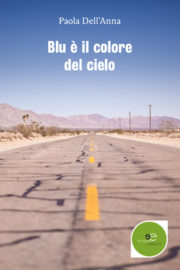 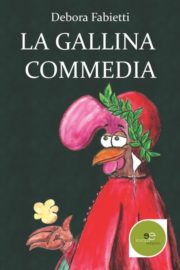