“Forgive me sweetheart. I should’ve called you the moment I reached Saudi Arabia. After reaching Saudi Arabia, it took me two weeks for organizing everything.”
Su said, “What name should I use to save your number? ” Rafiq replied, “Why? The name Rafiq is good enough, isn’t it? ” “No. it’s a very common name. I’ll save your number as Hissain.”
Rafiq asked, “What’s the meaning of it? ” “Gem.”
Rafiq smiled and said, “Then let it be so.”
That’s the story of a secret love.
Love that overcomes difficulties and diversities. Myanmar: the number of Rohingya Muslims has increased in Ruthi Daung district. At the moment they are majority only in Maung Dao in the border area but if things continue like this one day their number in Ruthi Daung will also exceed the Buddhist population.
…Than Kin looked at his master and said, “I’m scared to even think about what’ll happen to us then. In Maung Dao the quarrels between Hindus and the Muslims never end. The Hindus and Buddhists are fed up with these Rohingyas pestering them. Be it today or tomorrow, I think we have to take out the seed of this chaos.”
Some time ago, the author visited the Shamlapur Refugee Camp at Cox’s Bazaar. There, he met the Rohingya refugees and heard their stories. When he returned, he undertook the project to portray the genocide committed against them.

Tarek Masud, the second child of Mr. Abu Mohsin and Latifa Akhter, was born on 9 th November, 1963, at Dhaka Medical College.
For a while he studied in the US, but later he came back and received BA and postgraduate degrees on English Literature from Dhaka International University, located in Dhaka, Bangladesh. Following his grandfather’s footsteps, he had been in the teaching profession for almost 20 years, before entering the world of literature.
With a profound fascination for Bangla Literature, after retirement, he wrote his first novel titled Rahmat Ali. It was followed by two collections of short stories Poncho Batika (Five Tablets) and Spondon (The Pulse).
His latest novel is called The Harbinger. 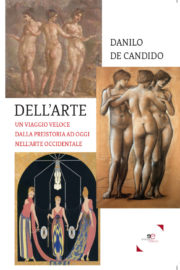