Gordon M. Hahn’s Russian Tselostnost’: Wholeness in Russian Culture, Thought, History, and Politics divulges the story of Russians’ spiritual, philosophical, artistic, scientific, social, and political pursuit for the unity of Heaven and Earth, of God and humankind, of spirit and matter, of the peoples of the world, of society’s distinct groups and classes, and of Russia herself. Four types of Russian tselostnost’ are considered in these pages: monism, universalism, communalism/collectivism, and solidarity.
The aspiration for integrality and unity has endured and thrived in Russian beliefs and culture despite the long-standing tensions throughout the country’s millennial history.
In this pioneering work, Dr. Hahn profoundly analyzes the ambition to wholeness through presentations expressing tselostnost’ across nearly ten centuries of Russian history in theology, philosophy, literature, the arts, science, historiography, and political, social, and economic sciences, doctrines and structures.

A Senior Researcher at the Center for Terrorism and Intelligence Studies (CETIS), an expert analyst at Corr Analytics, and an analyst at Geostrategic Forecasting Corporation, Gordon M. Hahn, Ph.D., is a critically acclaimed author. Published globally, his work has been praised for its cultural significance and intellectual rigor. Also a researcher specializing in Islam and politics in Russia and Eurasia, international relations in Eurasia, and terrorism in Eurasia, the author has published numerous well-received books, academic articles, analyses, think tank reports, and commentaries in both English and Russian language. Dr. Hahn held professorial positions at Boston, American, Stanford, San Jose State, and San Francisco State Universities and has taught as a Fulbright Scholar at Saint Petersburg State University, Russia. In his long academic career, Dr. Hahn has been a senior associate and visiting lecturer at the Center for Strategic and International Studies, the Kennan Institute in Washington DC, and the Hoover Institution. 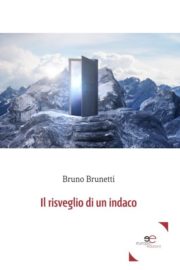