In his first novel, Djaba can be perceived as a multifaceted spirit that agitates the souls of his characters, who deal with only seemingly parallel stories. In fact, in the multitude of the events which surround the land where these people move and try to survive, their everyday stories end up flowing into a common existence and invite to a profound reflection of ourselves that should start from the simplest things in life, which are often hidden to the eye.
Djaba’s novel Troubles of Madman Kind & little Caleb: Chukka’s return wants to be a hymn to life and a promise of peace to a land as much beloved as suffered: it is a solemn prayer traced in a style never taken for granted but which closely catches the passions which desperately ask to be heard in silence.
Djaba is both confessor and interpreter of the deepest and commonest human need: to understand, to respect and to tolerate the differences, in the name of solidarity and universal love.

Sackey Anthony Djaba is an accredited marine surveyor and a marine environmental scientist who has worked in the marine offshore industry for several years. Upon graduation with a B.S. in Natural Science from the Regional Maritime University, he was privileged to board several heavy-lift construction vessels, such as Seven Artic and Borealis, Polar Onyx, Lewek Constellation on various offshore projects, and between 2017 and 2022, he has ten peer-review journal publications with various international journals, including Springer Nature Journal of Maritime Studies, and Journal of Shipping and Trade a book publication with LAP Academic Publishers after completing his postgraduate studies in Marine Survey, Marine Environmental Science, and Business Administration. Most of his creative literary works of poetry and stories are inspired by his wife and nature. Troubles of Madman Kind & little Caleb: Chukka’s return, published with Europe Books, is his first novel. 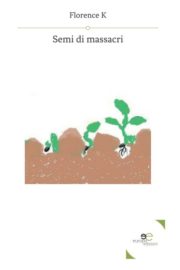