Although communicating in foreign language requires a lot of knowledge, a handful of thousand words may be useful when it comes to understand each other better. Here is thousand words that the Dutch and Russians speak the same way or so close that the word can be immediately recognized. You will easily memorize them, enriching your Russian or Dutch vocabulary by a thousand words at once – in just a couple of hours.
When Regossi first came to the Netherlands, or Holland, as it is used to be colloquially called, she was struck by the fact that she understood a lot of the words, that the Dutch say in Russian. But it turned out to be another way around – it is Russians speak Dutch for more than three centuries.
Regossi started working on these thousand words dictionary at the end of February 2022, when Russian President Vladimir Putin unleashed a brutal war in Ukraine to seize territories and make Russia even bigger. Almost the whole world turned its back on Russia, and the Russian language became out of fashion. But, after the darkness the sun comes up, after the war – the peace comes, and time to rebuild the bridges. So, the same will be with Russia – after Putin and the war.
Discover these thousand words that will help you to communicate with each other.

Angelika Regossi was born in 1964 in Transcarpathia, the westernmost point of Ukraine. She began writing at an early age amid difficulties with communist authorities, who persecuted her grandfather in labour camp in Siberia.
With no communists in her family, she had little chance to discover herself in the autocratic USSR. Therefore, in autumn 1989, she moved to neighbouring Hungary where communism just collapsed. After finishing her reporter’s job for BBC in 2015, Regossi moved to the Netherlands.
She also worked as a freelance reporter for RFI (Radio France International), DW (Deutsche Welle) and as a TV producer for Belgium VRT, German Spiegel, Dutch NOS, USA the Voice of America and others. Angelika Regossi is an author of the book “Russian Colonial Food. Cooking and Politics”. 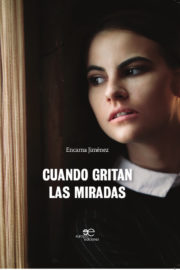